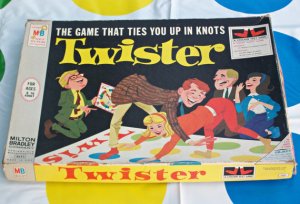 Whenever I hear myself referred to in the female gender I wince. It is a reflex. Whether it is an honorific like Miss or Ma’am, or one of the four pronouns (she, her, hers, herself), it feels wrong. Internally, I always correct the mistake. Lately, it has been irritating me.

I wrote a post a while back about eliminating honorifics. Getting rid of Ms. was relatively easy and extremely satisfying. I did most of it on-line and made a few phone calls requesting the Ms. be removed from in front of my name. My mail now arrives addressed to Jamie Ray. None of my friends or co-workers have ever stuck a Ms. or Miss in front of my name unless they were being sarcastic. But they use pronouns.

There are lots of pronouns. Most of them are gender-neutral or inclusive. My problem is with the third person singular. The personal subject (she), the object (her), the reflexive (herself), and the possessive (hers). Four words; eight if you count the male counterparts.

A lot of butches don’t squirm at female honorifics and pronouns. I do. Fortunately, I think and write in the first person. So I can be me, Jamie. When I am talking one on one, the second person pronouns kick in (you, your, yours, and yourself). The third person singular only comes up in groups of three of more, or when someone is talking about me behind my back (which does not bother me as long as I don’t have to hear it). It is a problem in groups.

The next time someone asks me which pronouns I would like them to use I am going to tell the truth. I will ask them to use either Jamie, or the singular they pronouns (they, them, their). I will tell them that female gendered pronouns are inaccurate and awkward. I feel misgendered and misrepresented. It may be cumbersome for them to try to form new sentences, but it is a different kind of awkwardness. It is the clumsiness of making an effort to try something new. Inconvenient, but not impossible.

English is not a dead language. New words are added and old words become obsolete. Semantic changes affect the meaning of words in common usage; syntatic changes affect our grammar. The word “transgender” was coined about 50 years ago. The word “cisgender” did not exist 20 years ago. Now it is in the Oxford Dictionaries. It is a fabulous word for explaining transgender.

Using gender-neutral and non-binary pronouns may initially seem like a cross between playing Twister and Simon Says. Or like having two left tongues. It will not be easy. Substituting they, and avoiding she, her, hers, and herself, will occasionally result in an inelegant sentence. But is an awkward sentence that big a crime? In a few years it may sound natural.

CN Lester recently posted a 24 part series of questions and answers on identifying as non-binary. Question 19 deals with pronouns. You can find it on their blog “a gentleman and a scholar.” I highly recommend it.

20 thoughts on “The Third Person Singular”