According to my mother, who is dead, I’m a failure. Not just because I’m a sodomite. I’m a failure because I never married, never had kids, and didn’t earn a pile of money. Fortunately, my brother Jon hit the trifecta. My mother got grandchildren without my having to lift a finger or wear a skirt. 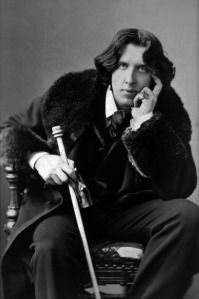 For all her insistence that I act like a girl, she spent her whole life comparing me to my brother. Jon was popular. His report cards were upbeat and full of praise. He had ambition. Why couldn’t I be like him? My elementary school report cards noted that I was not living up to my potential. When I tried to be just like my brother I got in trouble for acting like a boy.

My mother was surprised when I was accepted into Hunter. Hunter College High School is a public school that admits students based on a competitive entrance exam. It was still an all girls school when I attended. “Hunter girls” were the best and the brightest. They were supposed to make their mark on the world.

Hunter expected you to study with passion. To research subjects with enthusiasm and diligence.  We were supposed to become doctors, lawyers, scientists, and professors. We looked down upon soap operas, romance novels, and teen magazines. When we were not studying we read English classics and watched French films. We were pretentious and pollyannaish.

I went to off to college, studied Civil Engineering, and got a job right out of school with the Transit Authority. I write subway schedules. It is an interesting job, with good pay, health benefits, and a pension. I’ve done a lot of queer political work, I write my blog. I’ve got a partner, Donna, and a dog, Gracie. Gracie leaves more of a mark on the world than I do.

From the Hunter vantage point, I’m kind of a middling success. For perspective, one of my classmates (in Ms. Morello’s Politcal Theory class) was Elana Kagan. Elana was the dean of Harvard Law School and then became a Supreme Court Justice.

The rest of the world was not as welcoming as Hunter. I came out and then I retreated. I lowered the bar because of my queerness. I set it at staying alive, refusing to ask for money from my mother, and refusing to compromise on my butchness. I did not expect to be happy. I did not expect to find a lot of pleasure in life. I did not believe that I deserved it. I worked hard. I closed down. I lost a part of myself.

Sometimes I feel like I am waking up after a long hibernation. Donna and Gracie have been waiting for this; not always patiently. I can’t answer why it took so long. I just know I’m ready to lighten up, and to stop being such an earnest stick-in-the-mud.

Note: Oscar Wilde was a flamboyant fixture in London society. He wrote “The Importance of Being Earnest” in 1895 (I read it in the ninth grade at Hunter). Shortly after the play opened he was prosecuted for being a sodomite and sentenced to 2 years of prison and hard labor. Prison broke his health. He died in 1900, destitute.

17 thoughts on “The Importance of Not Being Earnest”