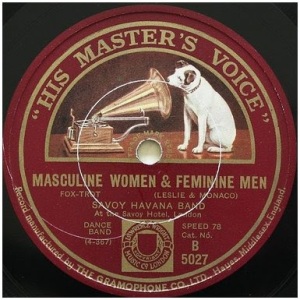 I’m having trouble telling the last of my casual acquaintances about my name change (almost two years into it). I’m also thinking about how to explain why I want to have top surgery. When people ask me “What’s going on?” I keep it all inside and say “Nothing much, what about you?”

Everyone who is important to me knows about the legal name change, but I keep running into people who greet me using my birth name. Sometimes I don’t correct them because I am in a rush. Sometimes I’m not in the mood to explain. It feels awkward to stop and tell the story. Almost everyone asks why I changed my name.

I’m not on Facebook. I have to do it face to face.

My name change is an opportunity to talk about my gender identity. It is my choice how much to disclose. I usually give the minimalist butch answer. “I never liked being called Amy. It was too girly. I wanted to change my name to something I like and that fits me better.” A more accurate explanation is “I hated having a girl’s name because I never felt like I was a girl. I wanted to change my name to something more boyish. I like Jamie and it works for me.” This opens the door to more discussion.

The honest answer is “I hated having a girl’s name because it was a constant and annoying reminder that I was female, but I never felt like I was a girl. Part of my process of accepting that I am transgender is changing my name. I’m trying to feel more comfortable in my own skin.”

It is a privilege to have a choice. To tell or not to tell. I could live my own version of stealth, and not say anything. There is a part of me that hesitates to disclose that I am transgender. One-on-one is way harder than writing.

It always comes down to shame. My shame of being transgender, and my shame of not transitioning. I worry about not being taken seriously because I am not on testosterone and not legally changing my gender marker. I worry about being viewed as confused, wishy-washy, conservative, and playing it safe.

I’ve said I’m not transitioning, but as Donna keeps reminding me, that is not true. I am doing something, I am just not becoming a visible man. It is my so-called transition. I’m changing, but I’m not sure into what. Sometimes it feels like there is no wiggle room between being an adult man and an adult woman and sometimes it feels like I am lost in non-binary space, looking for terra firma.

Most people assume I am a butch lesbian; a masculine woman. They see it as an act. They don’t understand why I can’t step out of it for an afternoon. For a meeting, for a wedding, or at the beach. They do not see the undertow that pulls me away from everything feminine, and the futility of trying to resist it. It took me years to accept that I could not fight it.

I can’t embrace butch without embracing transgender. I need to be open about both. For my sake, and for Donna’s.

Donna has started identifying as a partner of someone who is trans. Last week, when she told a friend of ours that we were on our way to the Dyke March, the friend replied “Oh, there are still Dykes? They haven’t all become men?” Donna was incensed, but not quick enough to challenge the remark. Next time, she said, she’s outing both of us.

Note: Here is a link to the original 1920’s recording of Masculine Women & Feminine Men, the recording featured in the post photo. There is a fun drag/crossdressing slide show that accompanies the recording.

37 thoughts on “Stealth and Disclosure”