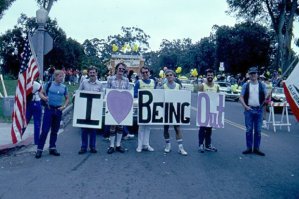 I fit the butch stereotype of a masculine female. I show up on everyone’s gaydar but not on their transdar. When asked “Don’t butch lesbians just want to be men?” I said “No!” because it was the “correct” answer. Even though it wasn’t true, for me.